Do Turo Cars Have GPS Trackers In Them? (We Find Out) 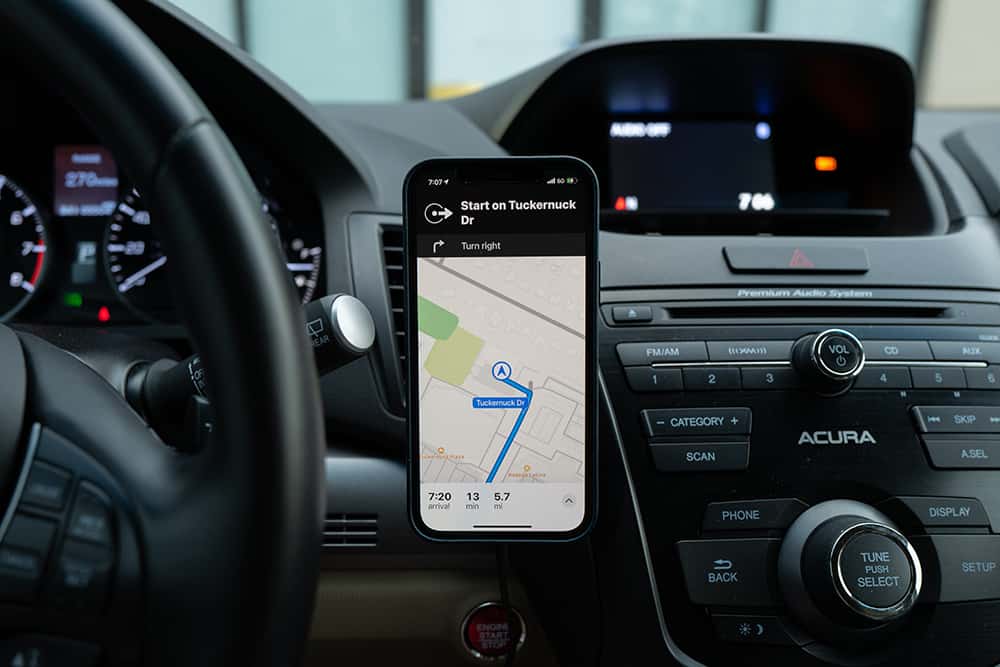 Security is always an important feature to have in any owned vehicle. But what if the car is not yours, and you are simply renting it for the day or week? Car rental services like Turo offer services to those who need the wheels to rent for some time. But do Turo rentals have any GPS trackers in them?

Turo permits the vehicle hosts to install a tracker in their vehicles; however, the GPS device is not covered by Turo, as stated in Turo's policy wording. In 2018, Turo released Turo Go; it is a technology that allows approved guests to book, GPS track, and unlock vehicles.

However, Hosts that rent out on regular services and not Turo Go don't always install a GPS in them. Turo's popularity has grown tremendously over the years. As a result, its reputation stems from the function of the business and not only user reviews, thanks to Turo Go. So, how does Turo Go work?

Turo Go: A Turo Car That Always Has A GPS In It

Turo, the peer-to-peer car sharing startup dubbed the “Airbnb of cars,” is launching a feature in 2018 that will allow customers to find and unlock cars directly from the Turo app.

Turo Go is a dongle and accompanying service that attempts to increase the number of vehicles and users on the company's network. The product is intended to eliminate a barrier to access that was formerly a feature of the platform: the time it took to exchange keys physically.

Turo Go owners can choose to let users find, book, and unlock a car in as little as five minutes as part of the service. Before a consumer may pick up a car, the app now requires a minimum 60-minute lead time.

Turo Go launched in Los Angeles, which has the highest percentage of hosts with numerous vehicles on the marketplace, and in 2019, Turo Go extended to other markets

Turo Go makes use of a Continental aftermarket key-as-a-service entry mechanism. The gadget does not require hardwiring, although it does take approximately an hour to set up. The device is attached to a modern vehicle's OBD-II port (on-board diagnostics). The gadget is connected to the ignition by a concealed antenna.

Turo Go has a monthly fee of $20. Turo also charges a $150 installation fee to vehicle owners who want to add the device.

Remote unlock and lock technology is also used by vehicle sharing and on-demand short-term automobile rental firms like Zipcar. This item is being utilized on a peer-to-peer car-sharing app, which makes it unique. Other peer-to-peer firms, however, use similar characteristics.

Turo Go is a technology improvement geared for Turo's seasoned hosts and those who have become accustomed to the idea that a stranger would be in their car.

Turo Go also offers a digital ID verification phase that employs facial recognition technology to validate that users have the appropriate license and are who they say they are.

The device compares an ID photo to a client's face and employs movement tracking to confirm that the consumer in front of the camera is the actual person rather than a static image that has been printed out.

Owners of cars equipped with Turo Go will find their car, truck, or SUV once a user has finished a journey. When a client uses the vehicle, the owner will not show the vehicle's position unless in an emergency.

Turo Go also gives additional information, such as the vehicle's odometer and fuel level, as many other GPS trackers do.

Why Don't Certain Turo Hosts Install Trackers In Their Cars?

As I mentioned initially, Turo allows the rented, shared vehicle owners to install a GPS tracker, yet it would not be covered according to their terms and conditions. Most trackers these days not only allow you to track where the car is via a mobile GPS location visible on the map's app.

However, hosts may also track how many miles have been put on the car, the gas level, the max speed, and if there was any hard stopping and breaking. Some may even prevent the starter through the tracking device and prevent people from staring at the car. So, why would some owners not install one?

Now, getting trackers have been discussed very often amongst car owners who would like to register their vehicle on Turo. The vast majority of hosts (owners of the Turo vehicle) state that getting a tracker should be non-negotiable and is a mandatory procedure if the car is stolen, late, or the renter refuses to return it.

However, very few hosts have found that the cost and the upkeep of trackers in vehicles under $30k are unnecessary and have admittedly stated that over 1000 rental experiences, they may have only needed the tracker only three times when the renters would not return the vehicle. The upkeep of keeping a tracker running is expensive.

GPS tracking units are expensive, and keeping them running in the long run for all their vehicles is a costly exercise that is just not worth it. Thus, whenever a vehicle is registered as a rental, it is protected.

Why Trackers Are Installed In Normal turo Rentals

Hosts have found that ultimately the vast majority of them will always have trackers installed. Besides theft, trackers have many other valuable uses that could save you time and money in the long run, and some hosts even install more than one tracker as well as dummy trackers. Here are three examples of their experiences:

Trackers may feel like their privacy is being disrespected. Still, I personally believe it is a necessary element of security for many reasons for both inside and outside the boundaries of the vehicle's property. It is a business, and hosts take the steps required to ensure the heartbeat of their business is kept in check.

How Do You Know When You Are Being Tracked?

Some mobile devices can pick up if they have a GPS signal running with them. Apple devices have AirTag (as seen above) to notify you that “AirTag found moving with you.” That way, you'll know that the owner is tracking the car.

Android devices have an app called Detectify that works similarly to the Apple AirTag. It's another app that searches for potential surveillance bugs using your smartphone's built-in magnetometer. The user interface is straightforward and straightforward. You use your smartphone to scan an area.

Now we know that the vast majority of Turo rentals do have trackers in them (how about cameras) and that it's almost every luxury or sports car will certainly have one in them too. Through Turo Go's introduction, it's a given that they will always have a tracker in them as it is a part of service package installation.

Always remember to treat the owner's vehicle with respect and try to return it from where you had picked it up in the same condition you had found it.